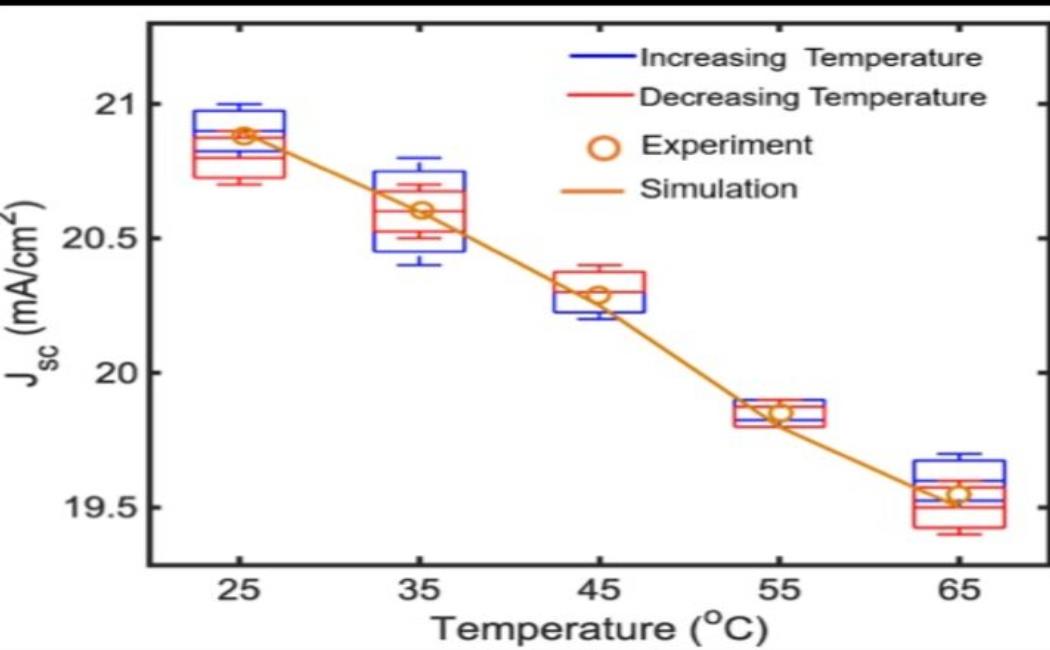 In this study, we report on the optical constants of triple-cation mixed halide perovskites with band gaps in the range of 1.58–1.77 eV between temperatures of 25 and 75 °C. To fabricate the perovskite absorber layers, we used the hybrid processing technique in which the thermal evaporation of inorganic compounds is followed by the conversion of the evaporated film to a perovskite via a solution in the second step. To tune the perovskite band gaps, we varied the concentration of bromide (Br–) to iodide (I–) in the solution conversion step. We employed spectroscopic ellipsometry with a temperature-controlled stage to obtain the optical constants of the perovskite films of different band gaps within a temperature range of 25–75 °C. Using the spectroscopic ellipsometry data, we introduce an empirical expression based on the temperature-dependent band gap variation to obtain temperature-dependent optical constants for an arbitrary perovskite band gap between 1.58 and 1.77 eV. Finally, we measured the temperature-dependent Jsc and EQE of PSCs in the p-i-n architecture for single-junction PSCs (p-type selective contacts are at the glass side, and the device is illuminated from this contact) and verified the optical constants retrieved from the empirical model by comparing the measured Jsc and EQE with optical simulations.