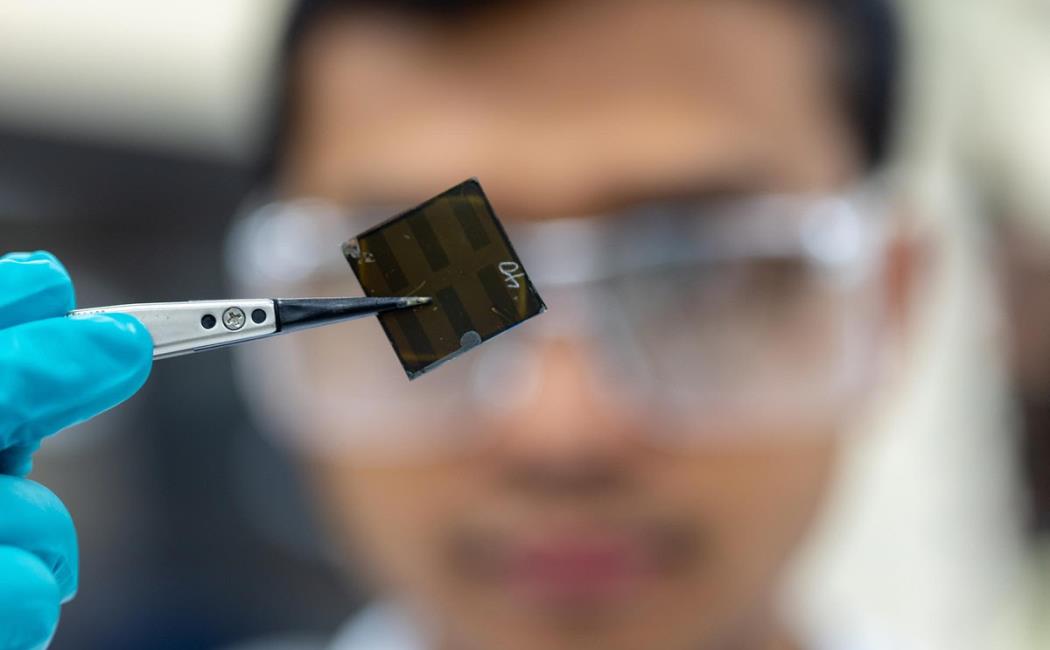 Two-dimensional (2D) perovskites are more resilient than their 3D counterparts under thermal stress and external conditions, such as moisture and oxygen. Growing a 2D perovskite layer on top of 3D film produces a heterojunction that blocks ion migration as well as moisture and oxygen entry. Further, 2D perovskite capping layers introduced a substantially enhanced resistance of the unsealed devices against high moisture and thermal stress, representative for extreme outdoor conditions. This top-contact passivation approach has enhanced the performance and stability of regular solar cells, in which the p-type layer is at the top, but has failed for inverted solar cells, where the n-type layer is at the top. External conditions are not an issue for a sealed device but the intrinsic thermal instability of the perovskite film remains problematic.

We generated heterojunctions containing 2D perovskites of varying dimensionalities at the n-type interface of inverted solar cells via in situ and allowed it to self-organize at room temperature overnight. The devices delivered a power conversion efficiency of 24.3 percent which is so far one of the highest in its class. In addition, the encapsulated devices using industrial sealing’s approach passed one of critical accelerated IEC standard for silicon module PVs by retaining more than 95 percent of their initial value after over 1000 hours under accelerated high-humidity high-temperature test conditions. 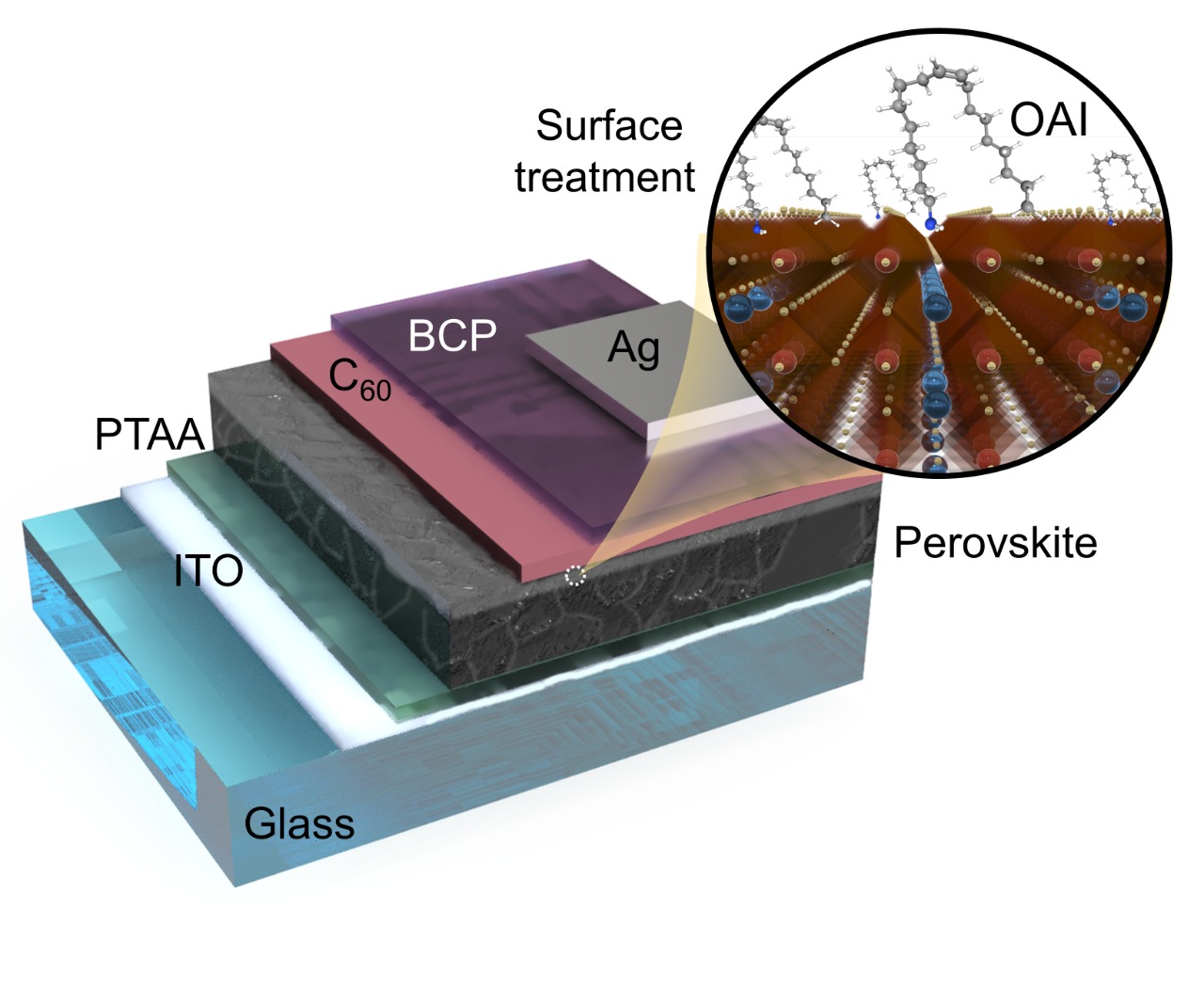