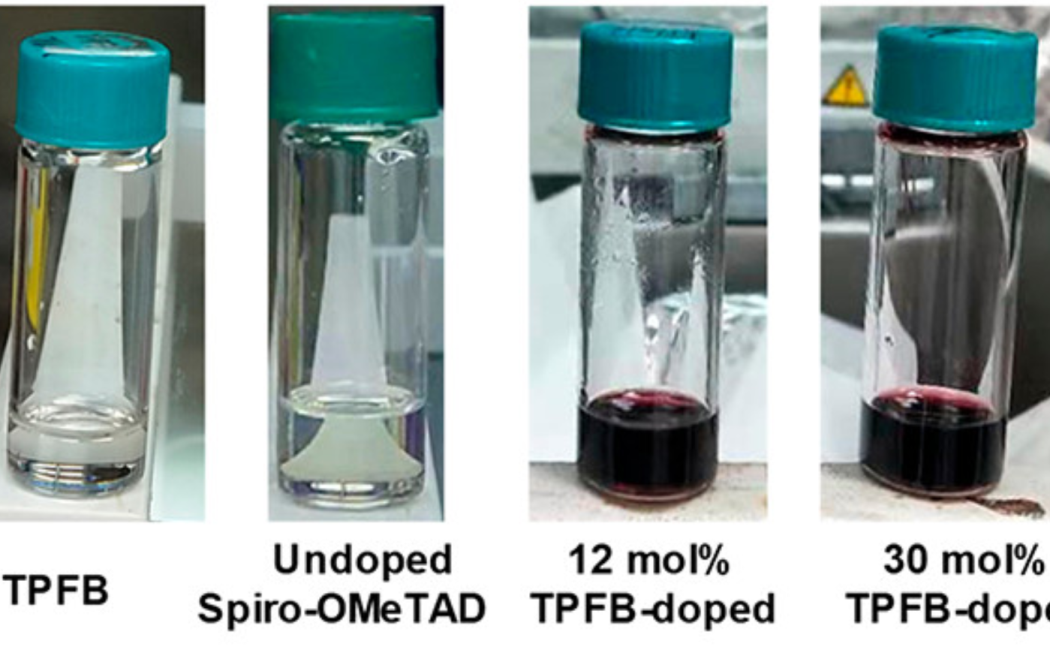 This novel doping can provide several advantages below:

Controllable doping of such layers has been critical to achieving increased conductivity and high device performance. To this end, LiTFSI/tBP doping and subsequent air exposure are widely utilized. However, this approach often leads to low device stability and reproducibility.

Departing from this point, we introduce the Lewis acid tris(pentafluorophenyl)borane (TPFB) as an effective dopant, resulting in a significantly improved conductivity and lowered surface potential for triphenylamine-based HTLs. Here, we specifically investigated spiro-OMeTAD, which is the most widely used HTL for n–i–p devices, and revealed improved PCE and stability of the PSCs.
Further, we demonstrated the applicability of TPFB doping to other triphenylamine-based HTLs. Spectroscopic characterizations reveal that TPFB doping results in significantly improved charge transport and reduced recombination losses. Importantly, the TPFB-doped perovskite devices retained near 85% of the initial PCE after 1000 h of storage in the air, while the conventional LiTFSI-doped device dropped to 75%.

Finally, we give insight into utilizing other similar molecular dopants such as fluorine-free triphenylborane and phosphorus-centered tris(pentafluorophenyl)phosphine (TPFP) by density functional theory analysis underscoring the significance of the central boron atom and fluorination in TPFB for the formation of Lewis acid–base adducts. 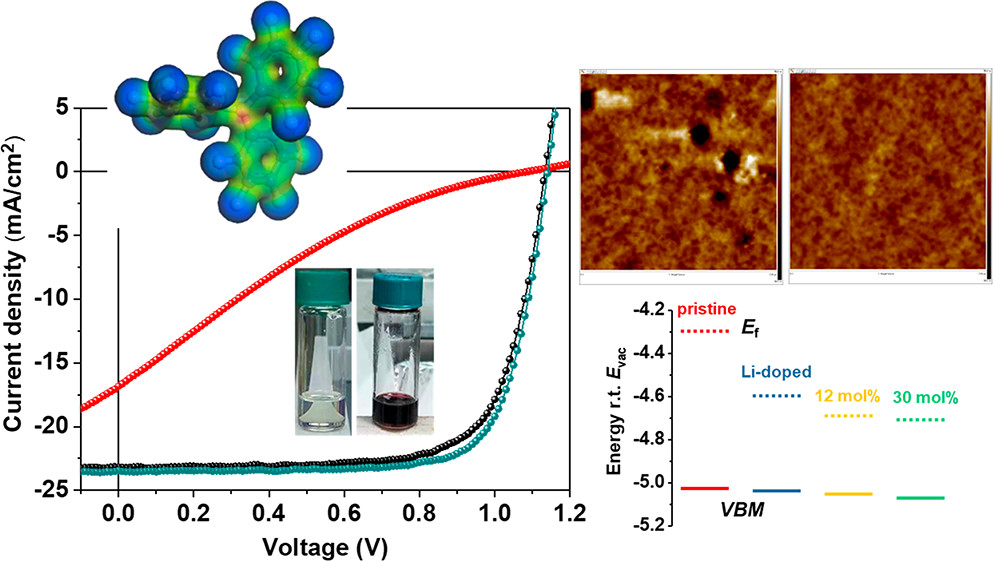